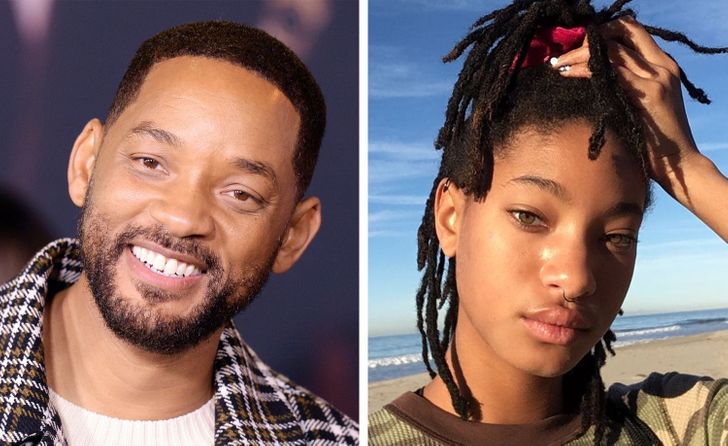 Willow Smith is the 20-year-old daughter of the famous actor, Will Smith, and actress Jada Pinkett Smith, and has a music career just like her brother Jaden. Willow has 4 albums: Ardipithecus, The 1st, Willow, and a collaboration with Tyler Cole called The Anxiety. Additionally, she has 4 mini-albums: 3, Interdimensional Tesseract, Mellifluous, and RISE.

Willow debuted in movies in 2007 in I Am Legend with her famous father. Later, you may have seen her in Kit Kittredge: An American Girl, and she did voice work for Madagascar: Escape 2 Africa. In 2017, she also did voice work with her brother in Neo Yokio.

Willow, along with her mother, Jada, and her grandmother, Adrienne, created a show called Red Table Talk where they discuss different problems and express their opinions, trying to understand each other and overcome the generation gap.